Keeping It Together: The Evolution of Glue

Glue—you don’t think about it much unless you broke the china or need to do arts and crafts. It’s used all around us. You can find it in the shoes you wear and the toys your kids play with. So how did glue come to be? We didn’t end up with Elmer’s Glue overnight. Cement has a very long, diverse history that dates back to ancient times in troglodytes’ DIY projects. Since then, glues have evolved into more complex uses that allow us to create almost anything. Let’s get to know the sticky history of bonds. 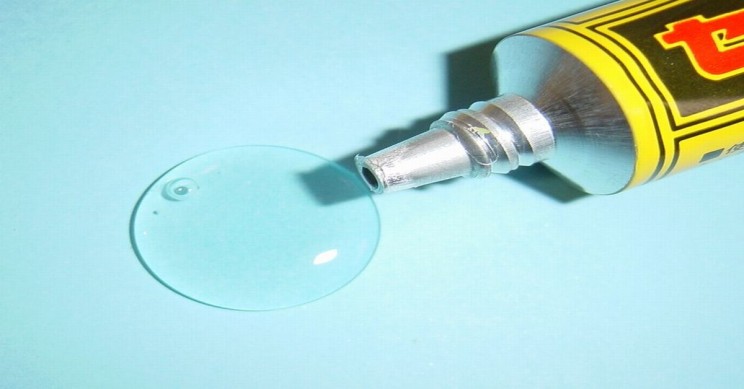 The first glue can be found in prehistoric times. In 70,000 BC, African cave dwellers glue out of red ochre and unprocessed tree sap, which often came from birch trees. They used these adhesives to develop simple tools for survival and to protect their cave paintings.

Continental Middle East and Europe introduced more advanced glue in 5,200 BC, which made use of pitch and tar. Instead of using tree sap unprocessed, they would heat birch bark to create something more substantial and stickier. This tar was popularly used to seal the wooden planks on ships and boats.

The earliest confirmed use of animal glue dated roughly 8,000 years ago, as of today’s writing, in Ancient Egypt. They boiled animal bones, skin, blood, hooves, connective tissue, and hide to get the sticky extract. This animal glue had various applications in artifacts such as paintings, pottery, buildings, and tools. China also had its fair share of animal glue made from an ox, stag horns, and fish in around 900 to 1,000 AD. They used it to preserve images, repair broken tools, and make furniture. Other places in the world that used animal glue in the early years were Asia, Africa, and North and South America.

When in Rome, do as the Romans! Here, they (and Greece) created glue using a mix of lime, volcanic ash, and sand. This mortar-based glue was popular in enormous construction projects, which often featured tiled walls and mosaic floors that needed the durable paste to stick together. It’s the secret why structures like the Colosseum and the Pantheon.

As time passed, animal glue stuck around, but its manufacturing changed. Glue factories popped up all over the U.S., Switzerland, Germany, England, and Holland in the 1700s. These focused on making glue out of the animals sold to them by meat factories and individual animal owners. Most sellers were ranchers who wanted to dispose of their old horses, which led to the term horse glue’s rise. It remained in popularity until the 18th century.

The beginning of rubber-based and synthetic glue

The first rubber-based glue was introduced in the 1800s, but it did not genuinely bloom until the 1930s. Thanks to the rise of modern chemistry and industry, chemists could develop glue out of fully synthetic resin. In 1932, America’s leading food and beverage manufacturing company Borden created (drum-roll please) Elmer’s Glue, a household name. By this time, animal glue had already disappeared from factories because of strict regulations and laws that protected animal rights. Other more legal animal extracts could still be used in preparing cement. Milk is one example, which is why Elmer’s Glue logo features a cow.

Another popular modern glue was accidentally created in 1958. A man named Harry Coover Jr. worked with his team to figure out how to make clear plastic gun sights that they could use in war. They were working with cyanoacrylates, which researchers had rejected, as they’d found the material too sticky. Coover saw potential in its stickiness, so he went on to release it as the consumer-ready glue we know today as Super Glue. This led to the advent of the new glue generation.

Synthetic glues now dominate the world of adhesives. You can find them anywhere, from buildings to airplanes, in the form of rubber cement, contact adhesive, white glue, epoxies, urethanes, and more. Here are two popular synthetic types of glue that can be found in homes and schools:

If you’ve used glue guns before, then you should know what hot glue is. It’s a thermoplastic stick that you heat to use. It will then harden as it cools. This hot melt adhesive is strong enough for arts and crafts and simple DIY jobs.

Glue dots are a new trend that simplifies the application of glue. As the name suggests, these are pressure-sensitive adhesive dots that provide a clean bond without the mess, odor, and residue. For this reason, glue dots are trendy in schools to be used by young children. There are removable types that you can take off when needed.

At the End of the Glue Stick

Like other technologies, the glue has its limitations. For other materials, welding and soldering methods are a much more effective way of sticking materials together. But seeing how the glue has grown from holding cavemen’s tools together to constructing aircraft, it’s no surprise that we’ll develop a bond that could work for everything.

Computer recycling is an important activity that needs to be performed by a reliable company. There are too many companies...
Read more